Born in O Porriño, Pontevedra, Spain and began to play guitar at the age of ten with his brothers.

He studied music theory and violin at Vigo Conservatorium of Music. During this time began also playing as first bassist and violinist in NA LÚA group. He stayed for fifteen years with the band. 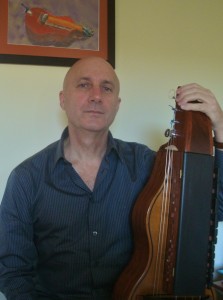 He has collaborated on numerous albums by other artists as guest, producer and arranger.  In the early 1990’s Pancho was part of MATTO CONGRIO band, performing, making concerts and the also the production of the album with the same title.

At this time he also was part of the group TRES, which recorded the album Paraíso de Leonor. From 1995, he began his career alongside CARLOS NÚÑEZ to perform concerts in America, Europe, Asia and Australia, acting in the most emblematic stages of the world such as New York’s Carnegie Hall, Sydney Opera House, and so on…

Pancho has participated in the following albums of Carlos Núñez:

He also recorded for the soundtrack of ALEJANDRO AMENÁBAR’s film “Mar Adentro” (The Sea Inside).  This film received, among other awards: “Goya Spanish Award for the best soundtrack” and “Oscar Academy Award for best foreign language film”.

He made appearances in the most significant TV programs and in many countries, participating in various radio programs. He has been part of the show of THE CHIEFTAINS from 1997 to 2005 making more than 100 concerts across North America, Europe and Japan.

Pancho recorded in the albums of this Irish group:

SANTIAGO-(1996) Awarded with a Grammy Award. Also has performed in the album LIVE FROM Dublin: A TRIBUTE TO DEREK BELL-(2004) a tribute after the death of this member of the band and in the álbum VOICE OF THE AGES (2011).

As solo artist and musician has recorded four albums: 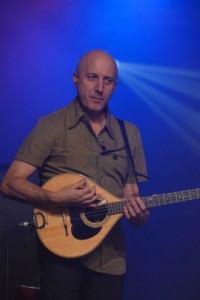